The Normans, men from the north, were originally formidable vikings who were attracted to power and territory, and used all possible strategies to gain both. The d’Hautevilles were Norman nobility, who had achieved fame and fortune on their conquest of southern Italy and the family’s crusaders were to be Behemond and his nephew Tancred.

In 1095 the byzantine emperor Alexius was forced to call for help to defend Constantinople against Muslim invaders. Constantinople was a christian city, but the Normans were not welcomed as saviours, as they had been byzantine enemies during their expansion into southern Italy. The emperor had no faith in the Normans, for good reason, as many of the same men had slaughtered his elite Varangian guard in 1081 at the battle of Dyrrhachium. But he had no choice but to ask for help from his old enemies. Behemond and the rest of the Norman nobility swore the required oath of allegiance, but Tancred refused this oath he knew he couldn't keep.

And so it was that the First Crusade took off to cross Asia Minor. Antioch was the first test of their oath of loyalty, and naturally when that Holy City had been recaptured, Behemond, “with perjury in his blood”, declared himself an independent prince and Antioch for himself. Tancred continued on and led the siege and assault of Jerusalem. After the capture of Jerusalem for Christian forces Tancred declared himself Prince of Galilee in this newly formed Kingdom of Jerusalem. Later he ruled Antioch in the absence of his uncle Behemond, expanding their territories and influence by capturing land from Byzantine. Tancred stayed independent through his whole life and never surrendered to Byzantine control.

Exquisite Sword of Tancred has been researched from this legendary knight´s adventures. The pommel has a representation of the red Nurit (Persian buttercup), flower of Galilee on one side, while the other is decorated with the crusader cross. The hardwood handle has been covered with soft, deep brown stitched leather, accented with antique brass details. The imposing 5 cm wide high carbon steel blade has a deep fuller running the length, giving great balance to this mighty sword. Included is a period stitched scabbard in matching brown suede with a long leather belt. Made by Windlass Steelcrafts. 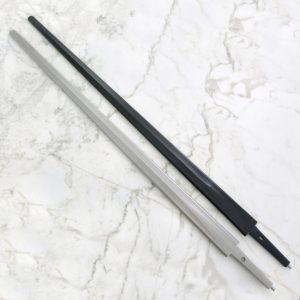 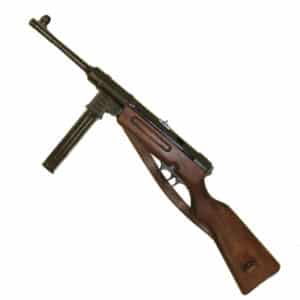