In battle all the extremities of the body were vulnerable to injuries, and thus needed protection. However elbows and knees can be broken with a relatively small blow and these were the first parts to be covered with plate armor starting from the second half of the 13th C. Typically these steel pieces covering elbows and knees complemented chainmail that was worn underneath. The poleyn was a component of armor that protected the knee. They first appeared in the mid-thirteenth century and remained in use until the early seventeenth century when advanced firearms made plate armour more or less obsolete.

Poleyns, like other plate armour, developed with the centuries. The earliest poleyns were strapped over mail chausses. Fourteenth century and early fifteenth century poleyns usually attached to padded leggings or plate cuisses. These simple early poleyns do not have the later developments of articulation or protective wings, and as a simnple design are well suited for around 1250-1350.

Simple poleyns like these are often also called knee cops. Made of 1.6 mm
steel. Can be attached with a belt and buckle and/or tied to your underarmor. Sold as a pair. Steel thickness may vary due to the handcrafted methods used on its manufacturing. Made by Marshall Historical. 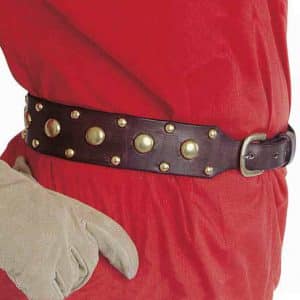 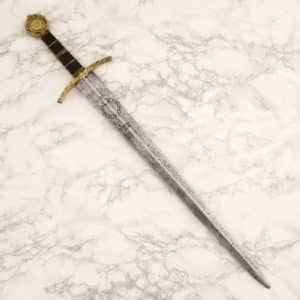