This is a replica of a Viking Era hood that was found in marshland-burial near Skjoldehamn, Norway. The area wasn't under archeological excavations, but this lonely grave was found accidentally by a local farmer. In the grave a person was laid on birch branches and reindeer hide, wrapped in wool blanket/cloak, fully clothed. The set of clothes consisted of a shirt, kirtle/surcoat, belt, trousers, leg-wrappings, socks, shoes and a hood. As the last layer the grave was covered with birch bark. The estimated date of the burial is between 995-1029 fixing it firmly to the Viking Era.

The original hood has a ribbon attached to both sides of the hood approximately to ear positions. It hasn't been totally clear how these ties were used. Maybe to tie under the chin to get the hood tied tightly against win and rain or maybe around the back of the head to pull back the hood slightly for better peripheral vision when hunting. We left these ties out from our version, but you can naturally add these to your own for experimentation.

Even though the original hood is from Viking Age, hoods like this were used throughout the Middle Ages. Clothes remained so similar that researchers and historians initially thought that the grave was from 17th or even from 18th Century. After some study the estimated time for the grave and clothing was re-estimated to 15th century and then to 13th Century. Only after the final carbon dating tests the final real age of the clothing was revealed.

It's no wonder that hoods like this remained in use so long with the design pretty much unchanged. This is very functional piece for the challenging cold Scandinavian weather. During chilly weather the hood can be worn down like a fashionable scarf and when rain, wind or snowstorm starts you can just pull the hood over your head. Nowadays this one piece of clothing is replaced with two pieces of clothing: the scarf and beanie cap. The hood however protects you even better in really bad weather than scarf and beanie combined.

This hood has nice and warm 100% wool outer fabric and 100% linen lining making it warm and very nice and comfortable to wear. The woolen outer fabric is naturally resistant to rain and moisture so this hood gives good cover even when it's for example raining slush. The original hood was brown wool, but we have also black color for you to choose to fit your style.

The linen in this hood is soft to the touch but still durable and breaths very well. Linen is naturally absorbent and dries faster than cotton. Baltic linen is grown in the Baltic and Nordic countries where long cold winters around the Baltic Sea make this plant and its fibers strong and durable. Properties that our ancestors appreciated. 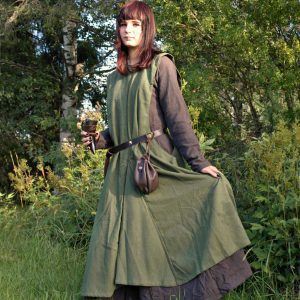 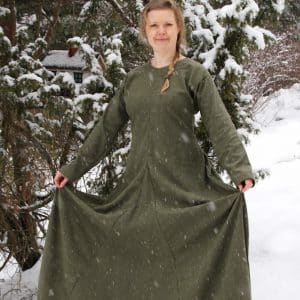 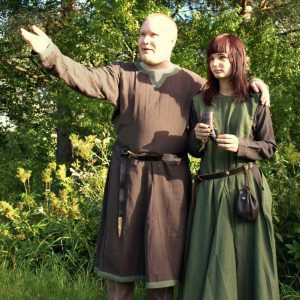 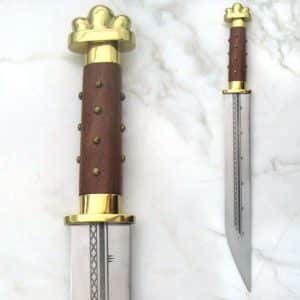 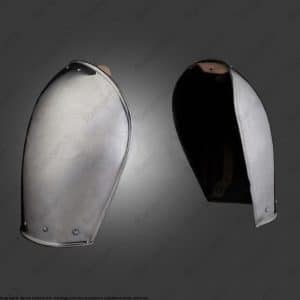 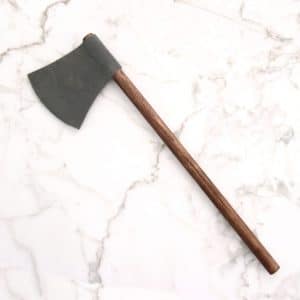 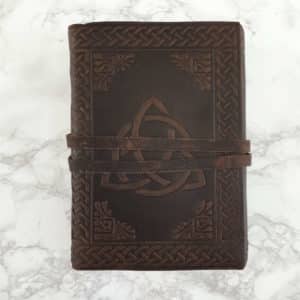 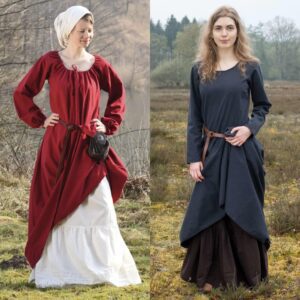 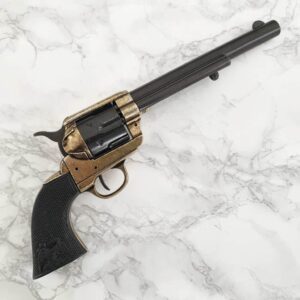